Responses to Conviction of Derek Chauvin in George Floyd Death 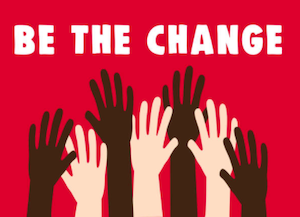 A Minneapolis jury convicted former police officer Derek Chauvin this week of the murder of George Floyd. The jury in the closely watched trial took 10 hours over two days to convict Chauvin of second-degree unintentional murder, third-degree murder, and second-degree manslaughter. He will be sentenced in eight weeks.

Responses to the announcement have raised attention to the history and impact of racism in the country. According to a statement released by the Minnesota Catholic Conference before the verdict announcement, “To heal the wound of racism, we must open our hearts to allow God’s amazing grace to be the light that fills us and the light that we share with our neighbors. As a diverse community, the Catholic Church is committed to changing hearts and minds and to moving the conversation.”

The USCCB released a statement saying, “[Today], a jury found Derek Chauvin guilty of the murder of George Floyd. As we receive this result, we recall that God is the source of all justice, love, and mercy. The death of George Floyd highlighted and amplified the deep need to see the sacredness in all people, but especially those who have been historically oppressed. Whatever the stage of human life, it not only matters, it is sacred.”

Oakland Bishops Michael C. Barber released his own statement, in which he offered that the verdict “offers our country an opportunity to face the horrific evil inflicted by the sin of racism.”

He continued, “While the trial of Derek Chauvin has finished and our justice system moves forward, we must still face the reality that racism is not finished… It will only stop if each one of us makes a deep commitment to conversion.”

Bishop Kevin Vann of the Diocese of Orange also offered his thoughts, reflecting on “these turbulent times, we hunger and thirst for authentic peace. We are reminded of the words of Pope Paul VI, ‘If you want peace, work for justice.’ “

Catholic Charities and Texas Catholic Conference of Bishops Address Ministry with Migrants
“I was hungry and you gave me food, I was thirsty and you gave me drink, I was a stranger and you welcomed me.” (Matthew 25)