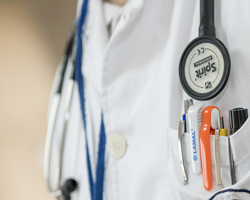 Assisted suicide is already legal in California through the End-of-Life Option Act, which was narrowly passed by the Legislature and signed by Governor Brown in 2015. The bill received opposition from both Democrat and Republican legislators but was passed inappropriately during a Special Legislative Session on Medi-Cal funding.

Now, just four and a half years later, Senate Bill 380 proposed by Senator Susan Eggman (D-Stockton), an author of the End of Life Option Act law, attempts to remove many of the purported “safeguards” supporters touted in 2015.

SB 380 effectively removes the 15-day waiting period for patients and loosens the requirements on determining whether a patient is of sound mind during this period. It removes the requirement that the request of mental health evaluation be conducted by a licensed psychiatrist or psychologist. Finally, SB 380 also forces doctors and hospitals that choose not to participate in assisted suicide, or those who do not believe that a patient is not in fact “terminal” – to refer that patient to an individual or organization that will prescribe the lethal drugs.

The “safeguards” that SB 380 looks to repeal could not come at a worse time, when pandemic-related depression and anxiety are at record levels. With a hearing scheduled next week, Network subscribers with representatives on the Senate Health Committee can be on the watch for an alert from the CCC. Please help to stop this attempt at egregious harm to human dignity and worth.