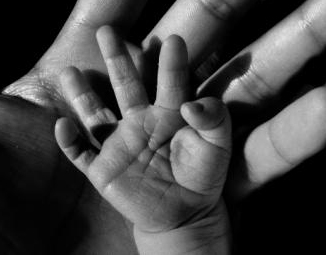 The following statement was released today by Kathleen Domingo, executive director of the California Catholic Conference, regarding the report released by the California Future of Abortion Council:

“Today, the California Future of Abortion Council released a new report entitled, ‘Recommendations to Protect, Strengthen, and Expand Abortion Care in California.’ This report is a direct response to oral arguments heard before the Supreme Court on Dec. 1 in the Dobbs v. Jackson Women’s Health Organization, the decision of which could potentially overturn Casey v. Planned Parenthood and Roe .v Wade, returning the question of the legality of abortion to each state.

"The Abortion Council's 'report' can only be described as 'disappointing and deceptive.' It suggests that abortion is the answer to every question involving the health of women and families, and ignores the real health challenges face by women, especially women of color.

“The report’s drafters call for geographic, financial, and cultural access to abortions; all paid for with public tax dollars. They seek to fund loans for medical professionals who will perform abortions and increase access to late-term abortions. Most egregiously, the report calls for violating conscience protection for medical students by forcing them to be trained in abortion procedures. And, it seeks to force Catholic healthcare to either offer abortions or go out of business, particularly in remote regions where Catholic hospitals provide services for some of the most underserved people in the state.

“Nowhere in the 15-page report is any discussion of alternatives to abortion. There is not a single question or comment about why women seek an abortion or what could be done to eliminate the underlying challenges to allow women to continue their pregnancies. There is no pause in the frantic nature of the report to allow for a moment of grace, a moment of hope.

“We know that 75% of women who seek abortion are poor or low-income. We know that housing and food insecurity, intimate partner violence, fear of losing a job, lack of childcare, and feeling alone with no resources are the main reasons women choose abortion. Where is the report addressing those paramount issues?

"When families are struggling to put food on the table and pay rent, it is absurd for the state to focus on expanding abortion when the real needs of families for basic necessities remain unmet. California doesn't need more abortion. It needs to support women and help them be the mothers they want to be.

“In a state as diverse as California, with a budget surplus of $31 billion, why aren’t we exploring options that genuinely empower women instead of encouraging the ‘quick fix’ of abortion, which does nothing to solve underlying concerns?

“As more and more states in the U.S. move toward restricting abortion, California seems only able to talk about increasing access. We believe in supporting non-violent solutions to issues women face, including affordable healthcare and childcare, housing, paid family leave, sick days, and equipping women with what they need to succeed in school, at work, and in family life.

“There are over 150 pro-life pregnancy health clinics and resource centers throughout the state. They provide medical care, pregnancy resources, housing referrals, parenting classes, financial resources, and so much more. All offer critical accompaniment for women in their most difficult moments, allowing them a moment and a space to determine what their hearts really desire.

"The California Catholic Conference stands with women, unborn children, and families. We commit to increasing access to life-affirming healthcare options, to practical resources for food, housing, work, and childcare. We value mothers and fathers, children and grandparents, and commit to families and communities working together to protect and honor the gift of life."