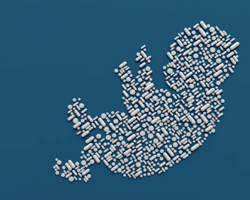 For the first time in 45 years, a U.S. president has released a budget proposal that excludes the Hyde Amendment, which prohibits federal funds in Medicaid and other programs from paying for abortions. The ban is estimated to have saved the lives of more than 2 million unborn children.

In a statement on the decision to eliminate the Hyde Amendment, the USCCB emphasized to lawmakers that "For nearly half a century, the Hyde Amendment and related provisions have protected taxpayers from funding most abortions. These policies have broad support from Democrats and Republicans. They have been enacted and signed into law by congresses and presidents of both political parties and have been broadly supported by the majority of low-income women, including women of color."

Biden supported the Hyde Amendment during his 36 years in the Senate but reversed his position while running for the Democratic presidential nomination in 2019. The $6 trillion budget proposal will now be reviewed by lawmakers.